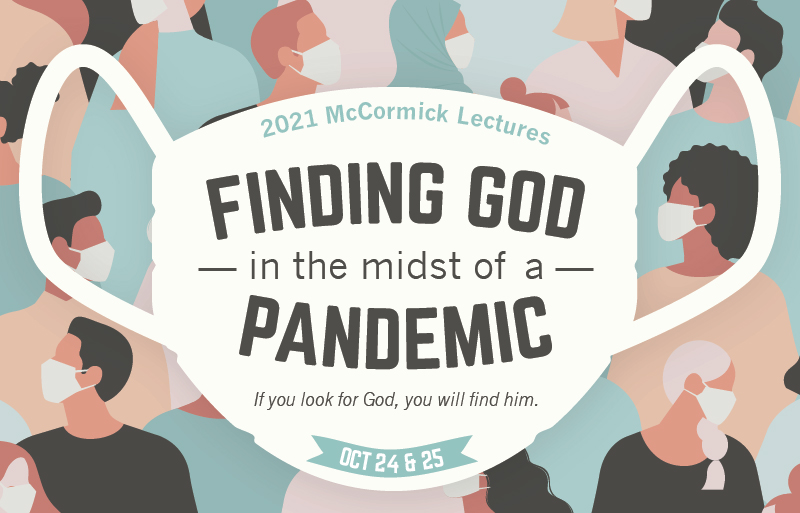 SUNDAY DINNER*| 6:30 PM
Asbury Hall
The Science, Policy, & Ethics of the Covid-19 Response —
A Perspective from inside the White House

*Tickets and reservations required for Sunday evening dinner.
Please reserve your seat by clicking the button below.

All proceeds from the dinner will benefit the Theron Ewert
Fund and the David McLaurin Benevolence and Outreach Fund.

In 2006, an anonymous donor established the David McLaurin Outreach and Benevolence Fund with the Lovers Lane Foundation for the benevolent support of individuals in need that are brought to the attention of the Foundation and approved by the Outreach Ministry Team at LLUMC.   Since then, members and friends have continued to contribute to this noteworthy endowment.  Every year the David McLaurin Endowment provides all types of assistance to those in need.  This year, 50% of the proceeds from ticket and table sales for the 2021 McCormick Lecture Series will go to the David McLaurin Endowment.

The Theron Ewert Fund was established in 2016 in recognition of the fact that the campus of LLUMC is getting older and therefore larger repairs and necessary capital replacement expenditures are likely in the near future.  This fund was named in memory of Theron Ewert and in recognition of his 47 years of tireless service to LLUMC, including serving as the chair of the Building and Grounds Committee, establishing the first long term maintenance plan for the LLUMC campus and his willingness to pitch in at any level and work all over the church property to keep the campus clean, well maintained and operating smoothly.  This Fund was established to first support the maintenance and upkeep of the Godwin Shepherd’s Garden and Columbarium and second the remaining facilities of LLUMC (including grounds, buildings and components of the LLUMC campus, now and in the future, including satellite locations). 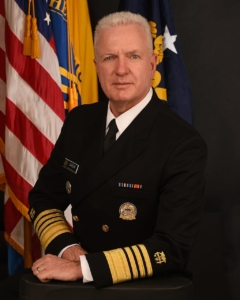 Brett P. Giroir is an American pediatrician and a former four-star admiral in the U.S. Public Health Service Commissioned Corps. He previously served as the 16th Assistant Secretary for Health during the Trump administration from February 15, 2018 to January 19, 2021. He concurrently served as the secretary’s principal public health and science adviser, the senior adviser for the Health Resources and Services Administration, the Centers for Disease Control and Prevention, and the Substance Abuse and Mental Health Services Administration as well as the senior adviser to the secretary for Opioid Policy. From 2020 to 2021, he served additionally as the director of the U.S. coronavirus diagnostic testing, and as the U.S. representative on the World Health Organization Executive Board. As the COVID-19 testing czar, he was part of the White House Coronavirus Task Force.  Brett served as the Acting Commissioner of Food and Drugs in November and December 2019, while Stephen Hahn’s nomination was pending in the Senate.

From 2004 to 2008, Giroir served as the deputy director, and then a director, of the Defense Advanced Research Projects Agency’s Defense Science Office, vice chancellor for the Texas A&M University System from 2008 to 2013, and as the chief executive officer of the Texas A&M Health Science Center from 2013 to 2015.

Starting in 2016 Brett served as president and CEO of ViraCyte, LLC, a clinical-stage biopharmaceutical company focused on discovering and developing cellular immunotherapies for severe infections. He also served as a senior fellow at the Texas Medical Center Health Policy Institute and strategic advisor for the Texas Medical Center Innovation Institute. He was a member of the Texas Task Force for Infectious Disease Preparedness and Response, and adjunct professor of pediatrics at the Baylor College of Medicine in Houston.

The Stewpot Artists Artreach Gallery Exhibit: We All Have Gifts
Scroll to top